3 Critical Keys to Combatting the ‘Infodemic’

3 Critical Keys to Combatting the ‘Infodemic’

Have We Moved on From Movie-Going?

In the mid-1960s, Dr Martin Luther King Jr suggested that the primary goal of education ought to be two things: teaching students to think deeply, and to think with discernment.

These two essential ingredients, he argued, were the key to building both intelligence and character.[1] Beyond this, Dr King knew that these skills were the antidote to the biases and bigotry fuelling the racism of America at the time.

Fast forward 60 years, to the first month of 2021, and the danger of ignorance is again painfully clear. The last year has brought us the chaos of misinformation more than any other year before. The media information surrounding COVID alone brought dozens of conflicting messages, all of them amplified within a context of panic in which even officials struggled to effectively deal with this unprecedented issue.

Not only is misinformation readily available in our world at the moment, but it is sensationalised within echo chambers and panic, appealing to emotion and mob thinking, rather than rational thought, dialogue and fact. This sensationalised misinformation flourishes most readily in the area of politics, as we saw clearly in the later months of last year especially. Political chaos was enabled by the intensity of the conflicting messages the public was receiving, and we saw this reach its pinnacle last week as an angry mob stormed the Capitol in the USA.

Within this world of conspiracy and fake news, the last year has proven that for every informed group, there is a misinformed one with just as much supposed evidence and mobilised anger to support and action their claims. The World Health Organisation, in responding to the misinformation surrounding COVID, aptly labelled our current state an ‘infodemic’.[2] 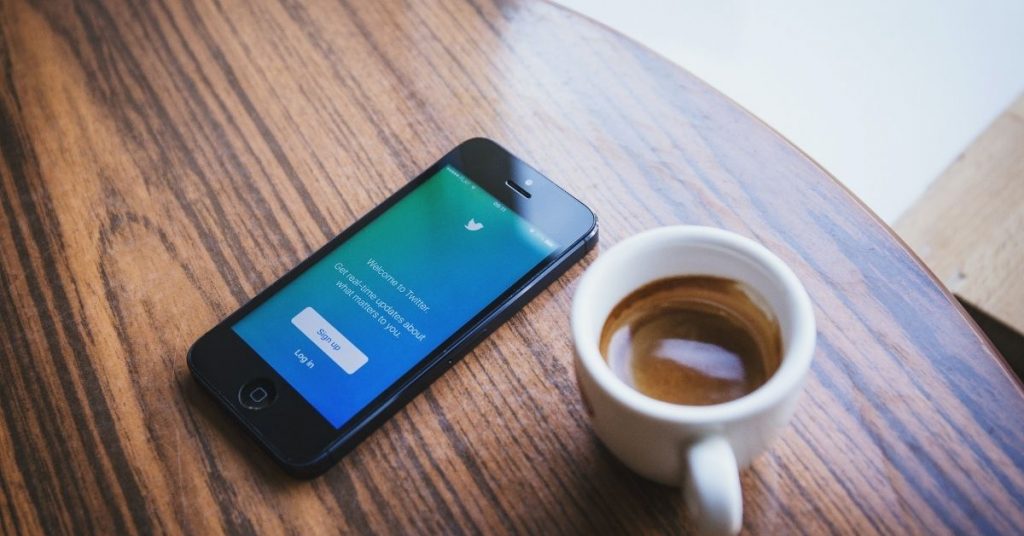 In a revealing admission, Twitter’s co-founder Evan Williams recently shared in an interview his regret for having contributed to the current state of play in online misinformation. Despite the initial vision of creating a better world where ideas could be shared freely, Williams despairs at the way Twitter, and the internet more broadly, has had the opposite effect: ‘I think the internet is broken… The trouble with the internet, is that it rewards extremes. Say you’re driving down the road and see a car crash. Of course you look. Everyone looks. The internet interprets behaviour like this to mean everyone is asking for car crashes, so it tries to supply them. Fake news, whether created for ideology or profit, runs rampant.’[3]

I think many of us would relate to the metaphor of a car crash to summarise much of the contents of last year, especially that surrounding Twitter…

It is here that the sentiment of Dr King finds a new relevance and importance in our modern context. Critical thinking and the discernment of fact and fiction are fundamental to safety and sanity in our time. Just as when he was speaking, ignorance leads to dangerous real-world outcomes which rapidly gain intensity in our digital era.

Thankfully, it seems that for some, the clear prevalence of fake news, conspiracy and propaganda has encouraged critical thought, and many have taken the issue into their own hands by assessing bias and engaging more with reputable sources.[4] The public’s trust in institutions has rapidly diminished in the last decade, but this may not always be a bad thing.

Beyond this, some media platforms have made moves that encourage critical thinking in their users. Twitter, for example, has now created a rule whereby users can no longer share a tweet unless they have left a personal comment of their own. Complicating the single-click sharing option forces users out of the realm of mindlessly sharing and into that of meaningful contribution.

However, for the majority of us, exercising some tools of critical thinking is now not only essential in educating ourselves but in protecting each other. Here are 3 of those keys: 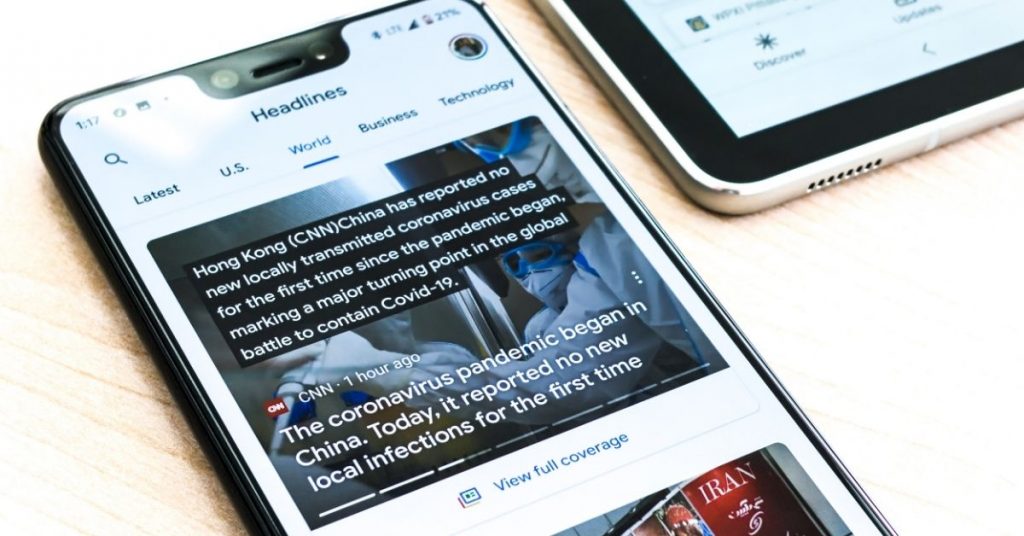 One of the key lessons many students are taught when researching for assignments and tasks in school is how assess a source.[5] For many adults, this is a lesson we need to be reminded of. In order to analyse the veracity of source, taking into account the author, supplier, date, and language of the source is essential. Inferring the potential bias of an author or supplier is a key step of the process. Beyond this, in a digital age that has a tendency to sensationalise, assessing the language of a source is crucial. Is it using inflammatory or informative language? Is it attempting to appeal to emotion or is it presenting fact? This is a good sign as to whether the author of the source is concerned about their own bias. One part of the source we may often forget or take as a given is the date of the source. There have been many posts that have exploded across the media in the last year which were being presented as current when they actually concerned events from years before. The panic that they contributed to was entirely misplaced and the posts added to hysteria while concealing truth.

Another essential in grappling with fake news is the skill of cross-checking. One of the greatest tools for inciting panic is taking a fact and manipulating it into an appeal to emotion or an affirmation of one opinion.[6] Cross-checking can be helpful in protecting readers from these traps. Verifying the facts of a source with another source, preferably one of a different bias than the original one, helps to separate what is true and what is there to provoke a reaction.

This practice of engaging with sources that are of a different background is an even more helpful tool when we are accessing our news through social media and phone apps. The algorithms behind these platforms operate to maximise your engagement with the platform, so the articles they feed you are generally determined by your past engagement.[7] This is part of what creates the echo chambers that can turn the everyday reader into an extremist. Reading articles and news pieces that are contrary to what you normally read or disagree with your regular views not only provides you with a more well-rounded perspective, but it helps to disrupt the very algorithms that turn mindsets into mobs. 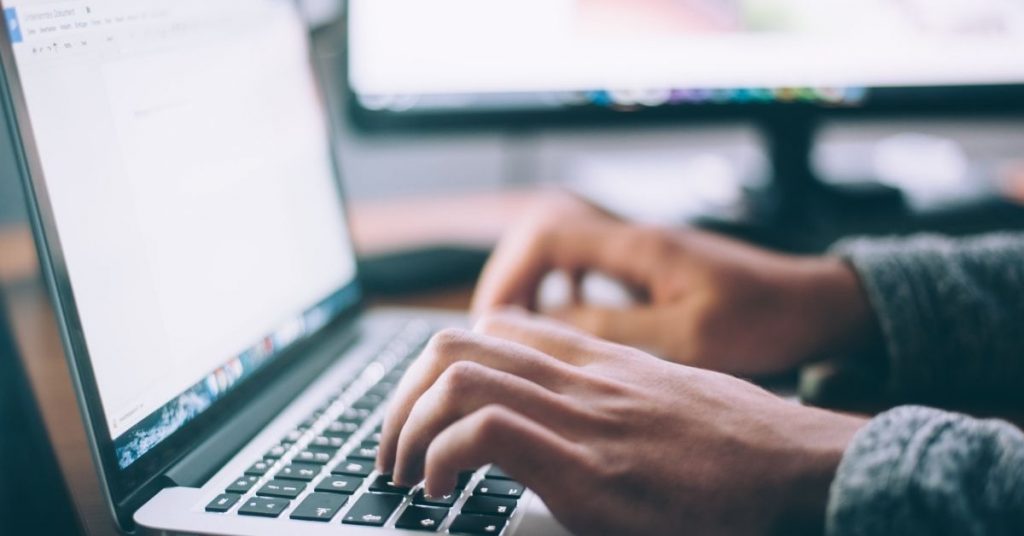 There are few things as infuriating as someone who simply cannot see things the way you do. However, the era of the echo chamber and fake news means that they may not be simply seeing things differently, they may actually be seeing different things. Yet again, the advice of Dr King is applicable. If we are to protect ourselves from the division, extremism and fear that have increasingly proved themselves to be an unprecedented threat to our society, we must fight the ignorance which fuels them.

This means sharpening our critical thought and thinking first, before speaking, acting and perhaps most importantly, sharing.

[1] Orme, G 2021, ‘After Donald Trump’s Angry Mob Storms The Capitol, How To Discover The Vaccine For The Fake News “Infodemic”’ Forbes, 7 January.

[6] Orme, G 2021, ‘After Donald Trump’s Angry Mob Storms The Capitol, How To Discover The Vaccine For The Fake News “Infodemic”’ Forbes, 7 January.

[7] Orme, G 2021, ‘After Donald Trump’s Angry Mob Storms The Capitol, How To Discover The Vaccine For The Fake News “Infodemic”’ Forbes, 7 January.

About the Author: Michael is a trends forecaster, business strategist and award-winning conference speaker.