Remembering our Farmers this Christmas

Remembering our Farmers this Christmas 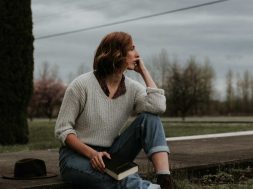 This is about more than a scorched and dusty, dry land – though bone dry it certainly is. This goes deeper than just praying for rain, yet the desperation for soaking precipitation is all-consuming.

What some are calling the worst drought in living memory seems to have more to it than just that.

Then there are the bushfires. ABC News quoted recently that insurers have already received around 360 claims, from the mid-north coast of New South Wales since the latest fires broke out, with many more expected to come. Bushfire season has started early and with a ferociousness not seen in a long time, if at all.

So what’s happening in our sunburnt country and is there anything at all we can do to help?

I recently caught up for a conversation with Katrina Hobbs, a second-generation agriculturalist and livestock farmer to discuss the situation out there on the land. With vast holdings in the Darling Downs region – around 30,000 acres of drought-ravaged dirt – Katrina, along with her husband, operate the family business that originally began in horticulture and has since diversified into certified organic operations. As a Christian, her viewpoint is unique, it’s well informed and it’s passionate in its delivery.

Straight-forward is not a part of the narrative, however.

Although the Hobbs business is more diversified than many other single or dual operation farms, they are still heavily reliant on rural industry.

“Probably for the first time ever in my life, I have actually started to question whether being completely reliant on agriculture is all that good an idea,” says Katrina.

It seems like a never-ending cycle. In Katrina’s situation alone, they’ve had to sell off thousands of head of cattle because they don’t have the means to feed and water them – particularly devastating to her father who has been in cattle for most of his farming career, Katrina adds – as they don’t have any other options. “You’re basically forced into making a decision because you don’t want your animals to suffer when you’ve got no capacity left to care for them.”

This in turn has an effect on staff,  who are worried that they’ll be left out of work, perpetuating the feeling of anxiety throughout almost all regional and farming communities.

In an attempt at optimism, and with the need to be proactive in some sort of strategy over desperately needed grain supply, the Hobbs operation decided to reassign an essential grazing paddock to plant grain in the hope that it would rain, “but the rain never came and the crops have failed”. This is a double-blow in that financially, there’s no return and they lost a grazing paddock for the season as well.

“One of the hardest parts,” says Katrina, “is that people who are not directly involved in agriculture don’t realise that if we have drought-breaking rain today, it’s still not the only thing to bring the turnaround for our farmers as there’s a drought financially as well as physically in terms of the land.”

At the supermarkets, the crisis is exaggerated further. “Sometimes I think people feel like they want to help the farmers and are very much motivated to help, but there seems to be this disconnect between people’s purchasing habits, and what we’re being told the consumer wants.”

“The milk industry has put in quite a concentrated effort recently on trying to communicate to some of these issues, where people go for the cheap products from the supermarket shelf but then think, ‘well isn’t it terrible, we should help our farmers’ and might look to donate at the other side. But a lot of the issues for our primary producers is that they’re not getting a fair price for their product, which is causing a financial burden – all the while they’re still suffering the absolute devastation of trying to run a business with vital commodities running out.”

Even for fruit and vegetable producers, costs continue to rise, while the prices at the supermarket are at an all-time low. This leaves farmers with only one real option and that’s to scale back operations, which in turn means scaling back staffing levels. Most farmhands are casual, so if farms scale back, there’s no work. And the circular nature of the problem continues.

The frustration in Katrina’s voice is palpable. But her perspective is broad. She doesn’t blame the consumer because nobody’s being told what’s really happening behind the scenes. Her encouragement however is that we all need to value our farmers and primary producers and that can start with our purchasing habits, whether in a drought year or not – because our consumer habits affect our farmers just as much as the lack of rain. Spending a few extra dollars at the checkout collectively on premium products, not the no-frills supermarket own brand, may mean that our farmers can make it through.

“So if we add drought to many, many years of market pressures, the reserves in stock, in finances and in wherewithal just aren’t there!”

The knockout punch comes when we turn the conversation to local, regional and national drought assistance programs and initiatives, and suddenly we’ve come full circle.

“There’s plenty of different drought programs that are out there doing some things. And look, I do not knock that, that’s fantastic, what they’re doing. There’s stuff like buying a bale of hay for farmers and… others doing a program at the moment where they’re delivering water to properties that are really struggling and doing it tough with even just household water.

“And I do not for one second have any concern or disappointment over what’s happening in terms of trying to help those in need, because that’s a very real thing and the drought, it is hurting, and those with the least reserves are the ones that are finding it the toughest at the moment. But the flip side that I’ll put out there is that a fair price paid for produce is by far the best way of helping farmers in need.”

Despite everything, I wonder if there’s a silver lining on this years-long, rainless cloud? Katrina describes a lot of the Hobbs family businesses ability to withstand is their faith in God. So much so, she wonders openly how farmers are able to hold on for so long! A real testament to the spirit and general optimism of landowners and primary producers.

It’s a powerful and ongoing story, the crux of which is that we all have a part to play. Whether it’s in our purchasing habits, our intention to understand the complexities of the situation or just as importantly, our consistent and impassioned prayers for God to heal our land, there’s little doubt that the responsibility of this issue rests on the shoulders of us all.

The last word goes to Katrina, one of the hard-working, frontline operators, valiantly shouldering the burden to put food on Australian tables.

“There’s certainly been the feeling that we will get through this, and we will be able to survive to the end, and there’s probably still a feeling that we know things will turn around. We know that it will rain again and history tells us it will rain again. It will probably flood, but the question is, are we still going to be here when it does? Or have we had to get out before that time comes?”

While there’s much more to it, we’re all in it together. And while the Australian bushfires have been getting a lot of airtime lately, and deservedly so, let’s not forget our soldiers out there on the land, fighting each day to stay viable and deliver their best. Here’s to our farmers!

To find out more about ways to join in with national prayer programs, check out the ‘Prayer for Rain’ page of the Canberra Declaration here.

Article supplied with thanks to ACCTV.