The Haunting Questions Of “The Tattooist Of Auschwitz”

After all, creating lessons for the screen is something he’s been doing for years; it’s his wildly popular Youtube maths lessons that have made him a hit with students not just in Australia, but around the world.

In an interview Eddie said many of his fellow educators have sheepishly approached him during the pandemic, finally asking for advice on how to get started with online teaching.

“It wasn’t my intent to start preparing for this seven years ago… but those skills and the equipment have all been put to good use.”

“There have been several moments where colleagues have said, ‘Hey, you know how you’ve been doing this a while, and you always offered to us, ‘If you want a hand, you know, trying this out in your own classroom’, then we could just come and ask you for advice, and we never really took you up on it before…well, is that open offer still there?”

He’s been able to help many teachers, in a time when the education sector has had to fast-track themselves to online teaching all around the world.

“It wasn’t my intent to start preparing for this seven years ago,” he said. “But it’s really handy that those skills and the equipment have all been put to good use.” 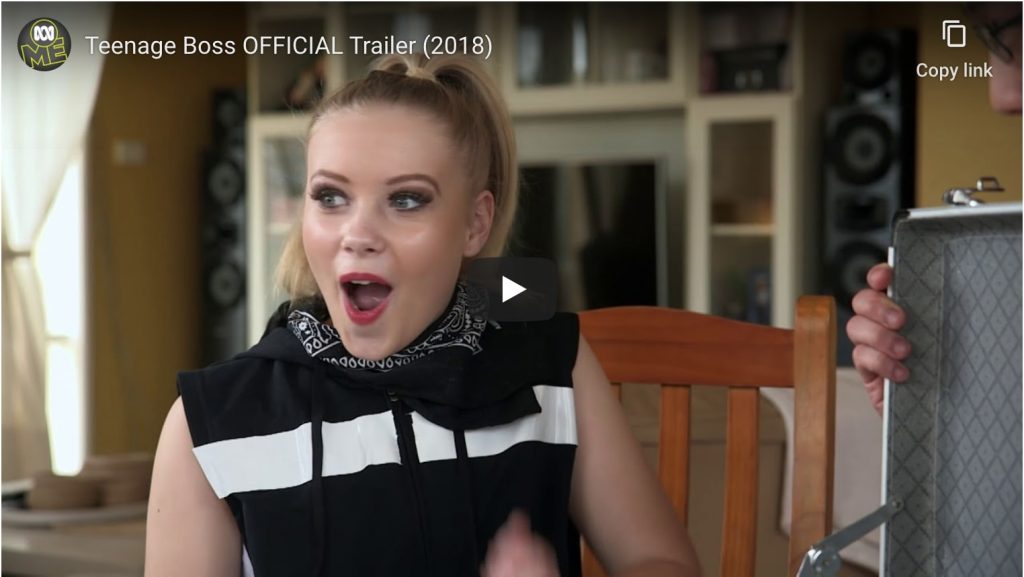 Recently Eddie has become a household name, with his maths teaching skills reaching TV screens across the nation on the new ABC TV show, Teenage Boss. In a nutshell, teenagers get to take over their family’s budget for a whole month, with Eddie guiding them through the process.

He said the teenagers on the show find the process both challenging – “they have to actually expect the unexpected” – and exciting.

“I think back to when I was, you know, 13, 14 years old. We’ve lived our lives entirely asking for permission for stuff, and not having the autonomy to make our own decisions about money. So when you put a few hundred, or indeed a few thousand dollars, in front of one of these ‘teenage bosses’, it certainly is a bit of a thrill to begin with.”

He admitted that the teens do get a little ‘power-hungry’ at times.

“Look, it would be dishonest of me to say, ‘They were completely humble as they went through, and they were very democratic in how they handled money’!”

Asked for what advice he would give to Year 12 students who are preparing for their upcoming final exams, Eddie had one key piece of advice: try to study in a group.

“We need to be with other people. So much learning is actually social. I think that group study sessions are a really powerful way to keep motivated and also to keep your eye on the prize.”

“So one of my big tips, especially now with several Year 12 students finishing up their end of school trial exams, they’re getting to that point where they’ve got everything from the last 13 years of schooling crammed into their brain all at once – my recommendation is [as they] revise, do practice exams, all that kind of thing – my big tip is to do a lot of that learning alongside your peers.”

He said as a student he would often struggle to say focused when he was studying alone.

“Often when I was studying at home, I would just, you know, spend half an hour, and then I’d get up and walk to the fridge, and I didn’t know why I was there at the fridge. I thought, ‘How did I get here?

“…We need to be with other people. So much learning is actually social. I think that group study sessions are a really powerful way to keep motivated and also to keep your eye on the prize.”

Teenage Boss airs on ABC ME on Monday nights at 6:30pm; catchup with past episodes on ABC iview.